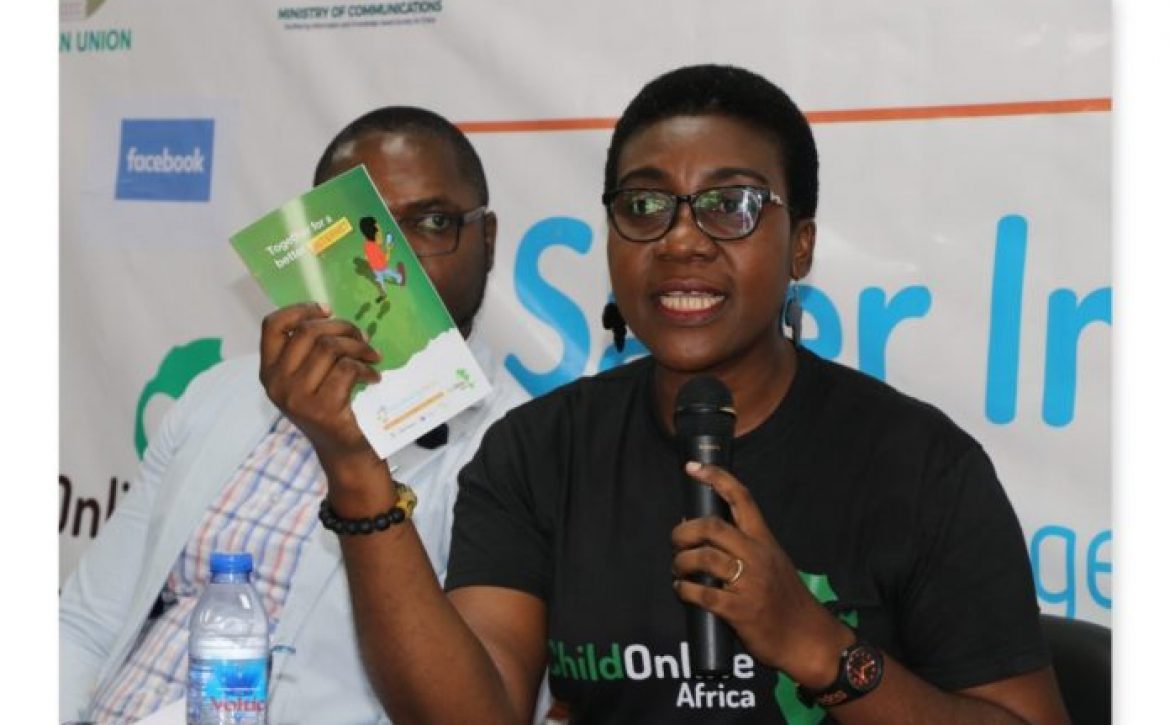 The Executive Director of Child Online Africa, Awo Aidam Amenyah, has called for proactive and dedicated action from key stakeholders to promote self-awareness and vigilance particularly among young people – for them to become conscious of their own safety and security in their usage of the Internet.

Speaking at the launch of Safer Internet Day Africa last week, the Executive Director of Child Online Africa said: “Recently, we got to know through reports in the media that a number of our young girls have been abducted. In some cases, the girls have been missing for five months and still counting.

“From the various accounts, it has become clear some of the abductions may have been technologically facilitated.”

According to her, Safer Internet Day (SID) is one of the strategic opportunities being used to initiate conversation with children and young people regarding their responsible use of the technology space.

“The Internet – and for that matter the online world – is very vast and borderless, and difficult to control. Therefore, our only best option is education and awareness-creation among our children and young people, so as to empower them to access the online world in a responsible manner.

“This is one of the prime reasons why Child Online Africa decided to intensify and expand its child online safety advocacy work beyond the borders of Ghana into the rest of Africa as a whole,” she added.

Also speaking at the launch, Deputy Chairperson of the National Commission for Civic Education (NCCE) Samuel Asare Akuamoah emphasised that educating children on the hygienic use of cyber space is a shared responsibility of different stakeholders such as the media, government, educators and parents, to mention just a few.

Mr. Akuamoah mentioned that technology could help in the proper socialisation of children in this fast-evolving world. He expressed the need to educate children on the positive and negative use of cyber space. He mentioned some cyber activities that have gained popularity among the youth today, including child-grooming and vigilantism.

Mr. Gregory Dery, Advocacy Manager of World Vision International, expressed gladness for being part of the launch of such an important day.

He stated that as a religion-focused organisation, the training of children to practice safe use of the Internet is paramount to World Vision – since these children will one day take over management of the country. He hammered on the major skills the upcoming safer Internet day will teach children – that is, the 4Rs.

Respect – The need for children to treat other people the way they would want to be treated within the cyber space.

Reasoning – This pertains to how well children question things they come across online about other people, or a situation they may be familiar with.

Resilience – The need for children to know how to react when they face difficult situations online, and bounce back from tough situations.

SID is a landmark campaign delivered locally through a number of Safer Internet Centres (in Europe) and Safer Internet Day Committees (beyond Europe), and it is backed by the Better Internet for Kids’ line of work (coordinated by European Schoolnet on behalf of the European Commission).

The day is marked in February of each year to promote safer and more responsible use of online technology and mobile phones, especially among children and young people across the world.

Although the campaign originally started in Europe back in 2004, it has grown year on year since that time – and was celebrated in more than 140 countries during 2018.

According to the organisers, this event could not have been possible without the tremendous support of SID Partners like: World Vision International (WVI), Facebook, Media Foundation for West Africa (MFWA), Plan International, Mutichoice Africa, MTN Ghana Foundation, Innovare Learning. Previously it had been Tigo, Vodafone, FirstBanC Group, National Communications Authority.